Houston reaches No. 1 in AP poll for first time since 1983

Nearly four decades after Clyde Drexler and Akeem Olajuwon took the Cougars to No. 1, the latest bunch led by Marcus Sasser and star freshman Jarace Walker took over the top spot in the AP Top 25 on Monday. They received 45 of 63 first-place votes from the national media panel, easily outdistancing second-place Texas and third-place Virginia.

“It’s not like we went online and applied for it and waited for a response back. We’ve been working for this,” said Houston coach Kelvin Sampson, whose team is coming off a Final Four and Elite Eight trip the past two seasons. “But remember, it’s a rental. You don’t own it. You’re just renting it because someday somebody else is going to be No. 1.”

North Carolina had been No. 1 all season, but the Tar Heels lost to Iowa State and in a four-overtime thriller to Alabama at the Phil Knight Invitational to cede the top spot to Houston, which beat Kent State in its only game last week.

The last time the Cougars ascended to No. 1 was the final poll of the 1982-83 season, when “The Glide” and “The Dream” along with coach Guy Lewis were the favorites to win it all. They rolled through the NCAA Tournament before falling to Jim Valvano and North Carolina State in an iconic championship game in Albuquerque, New Mexico.

“I’ve never been ranked No. 1,” said Sampson, now in his 34th season as a college basketball coach. “We were ranked all 12 years at Oklahoma. I’m sure we were ranked at Indiana. Then we’ve been ranked five or six straight years. We’re used to having a high level of success.”

“Our guys are competitive. They’re fun to coach. They get along. They’re out there playing with purpose and that’s what you have to have,” said Boilermakers coach Matt Painter, whose team was briefly No. 1 about this time last season.

“Early in the season, very few teams play with the purpose collectively,” he said. “I thought our guys played with a purpose.”

Baylor was sixth, Creighton seventh and U Conn climbed from 20th to eighth after beating Oregon, Alabama and Iowa State to win the Phil Knight Invitational. Kansas fell from third to ninth after losing to Tennessee in the championship game of the Battle 4 Atlantis, while Indiana rounded out the top 10.

There was a tie for 11th between SEC rivals Alabama and Arkansas with the Volunteers, another conference foe, right behind them. Gonzaga dropped from sixth to 14th, its first time outside the top 10 since Feb. 5, 2018, and Auburn was 15th.

Illinois was next followed by Duke and North Carolina in a tough week for Tobacco Road. The Blue Devils fell from eighth after their 75-56 loss to the Boilermakers.

Despite all the movement, Iowa State was the only newcomer this week, checking in at No. 23 after beating Villanova and North Carolina before falling to UConn. The Cyclones replaced Iowa, which dropped out after a one-week stay following its loss to TCU in the title game of the Emerald Coast Classic.

There are six difference conferences represented in the first seven teams in the poll. The Big Ten leads the way with six in the Top 25 while the SEC has five and the Big 12 has four, though three of them are in the top 10. 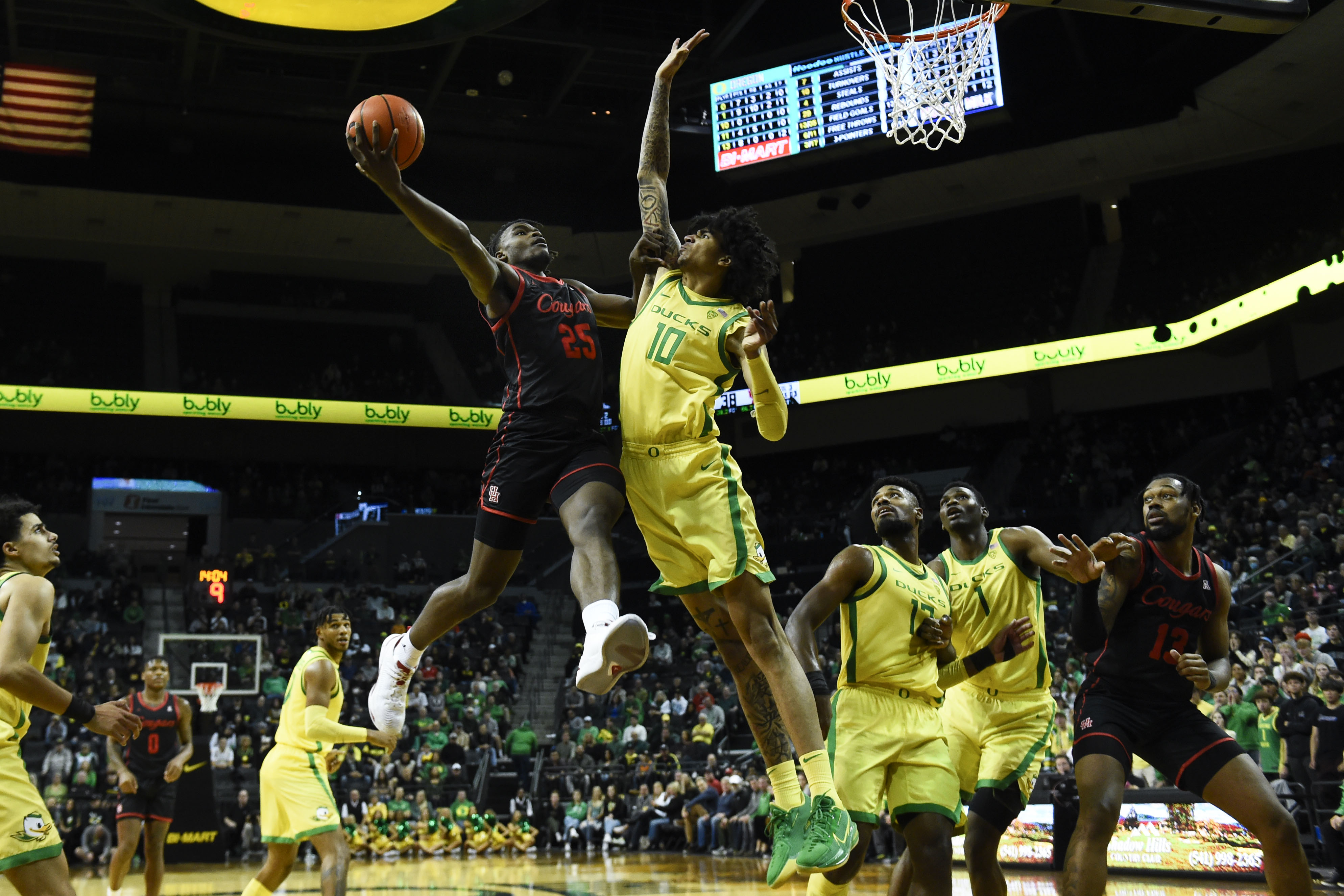 Houston forward Jarace Walker (25) drives the lane as he is defended by Oregon center Kel’el Ware (10) during the second half of an NCAA college basketball game Sunday, Nov. 20, 2022, in Eugene, Ore. (AP Photo/Andy Nelson) 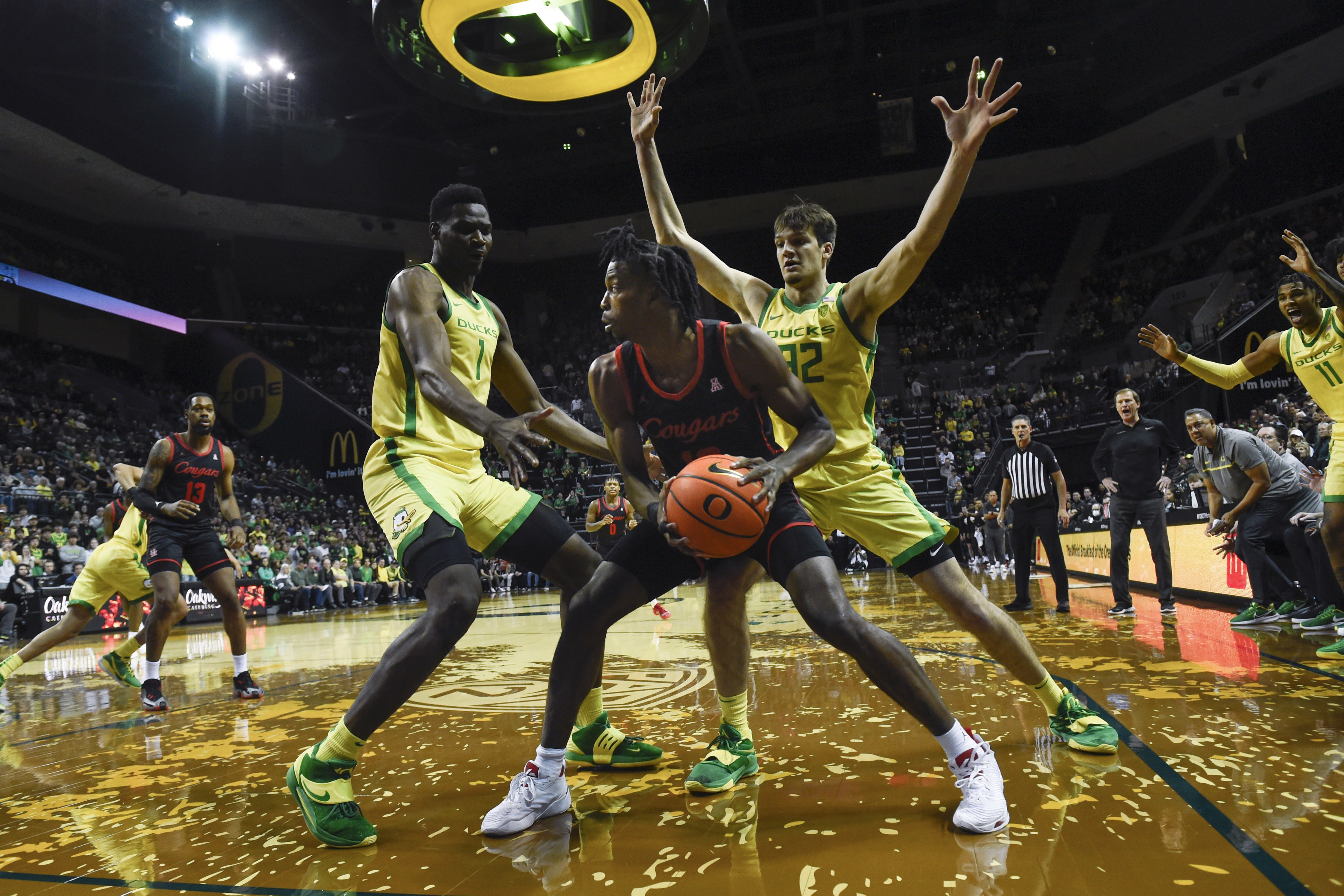 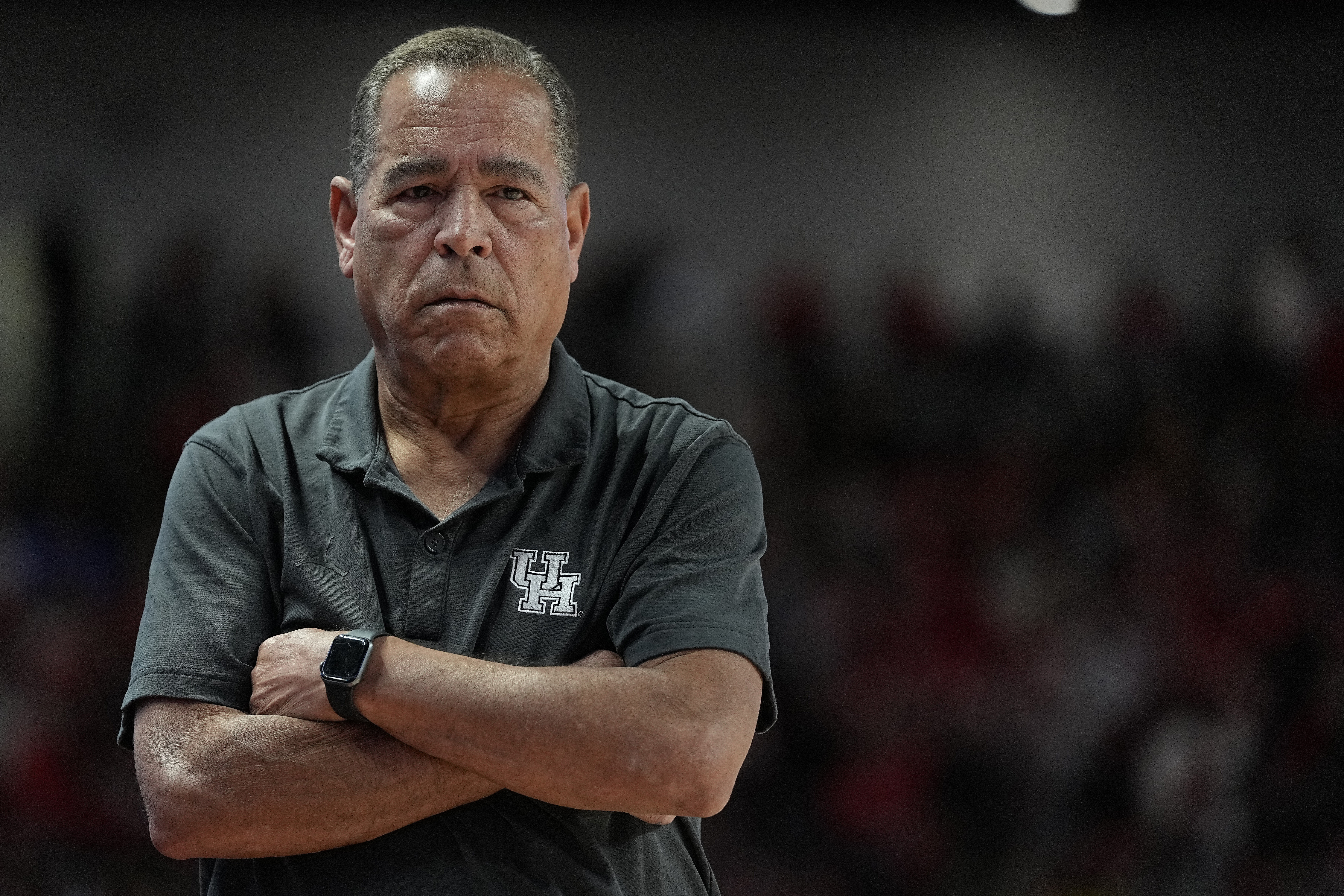 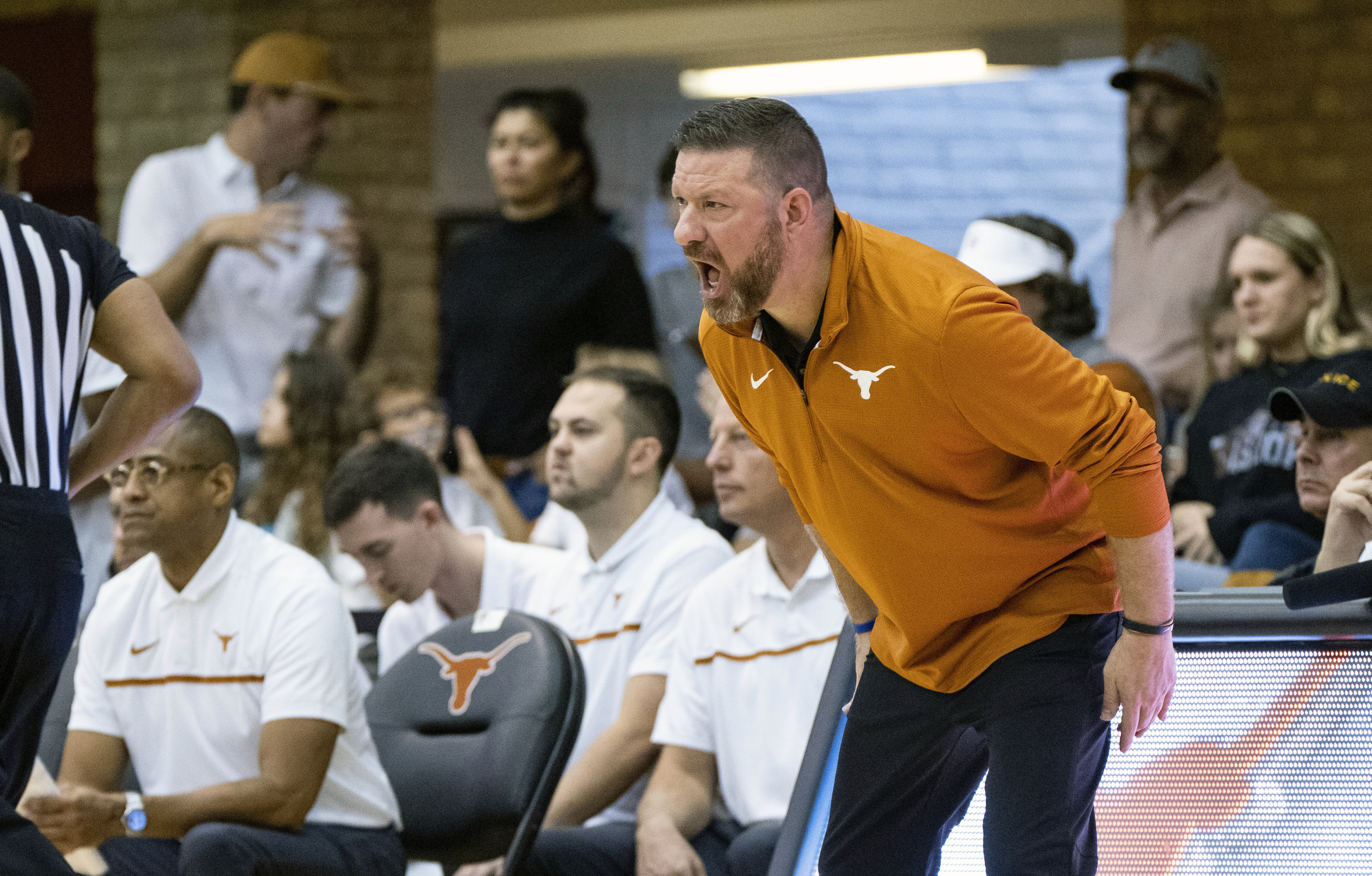 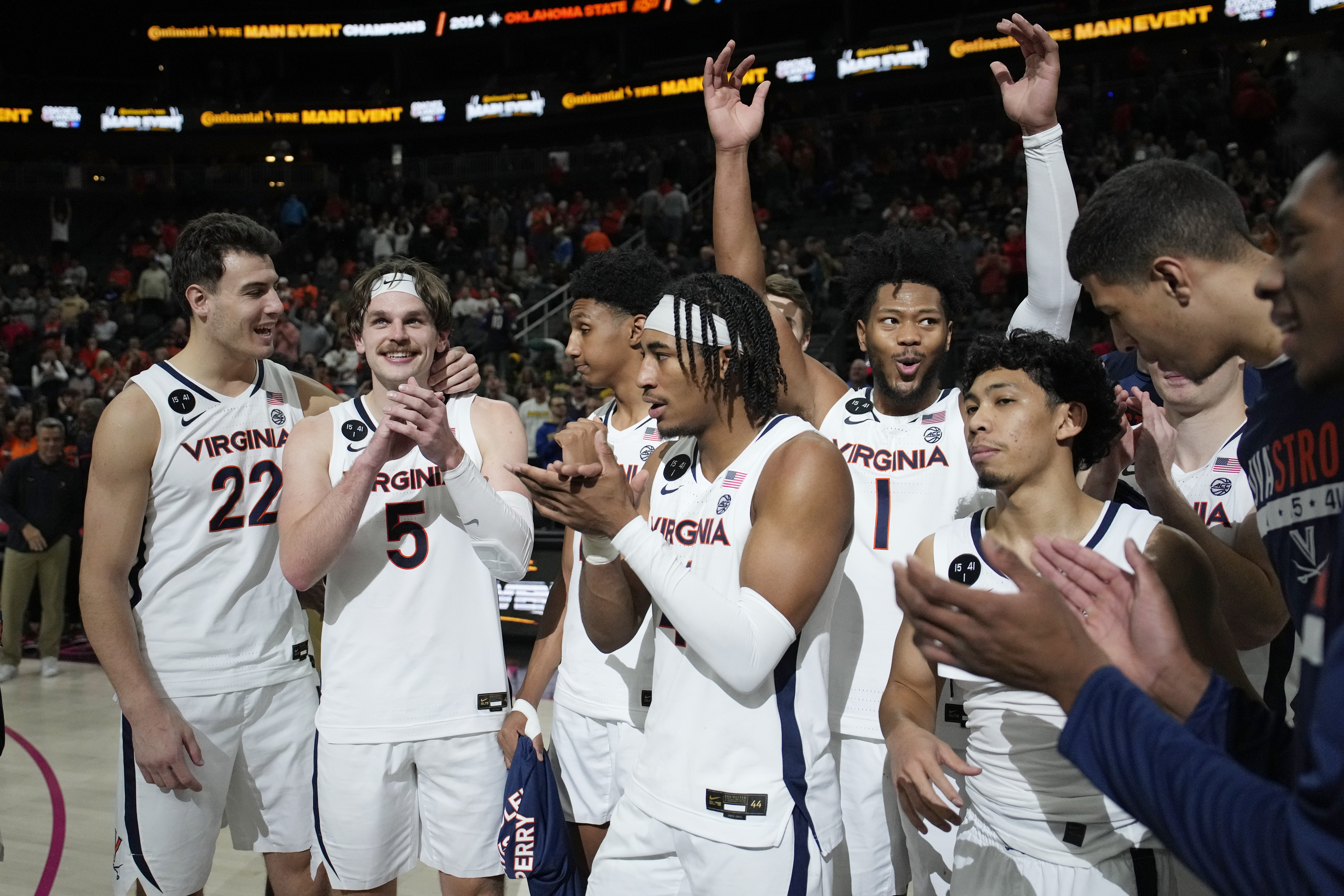 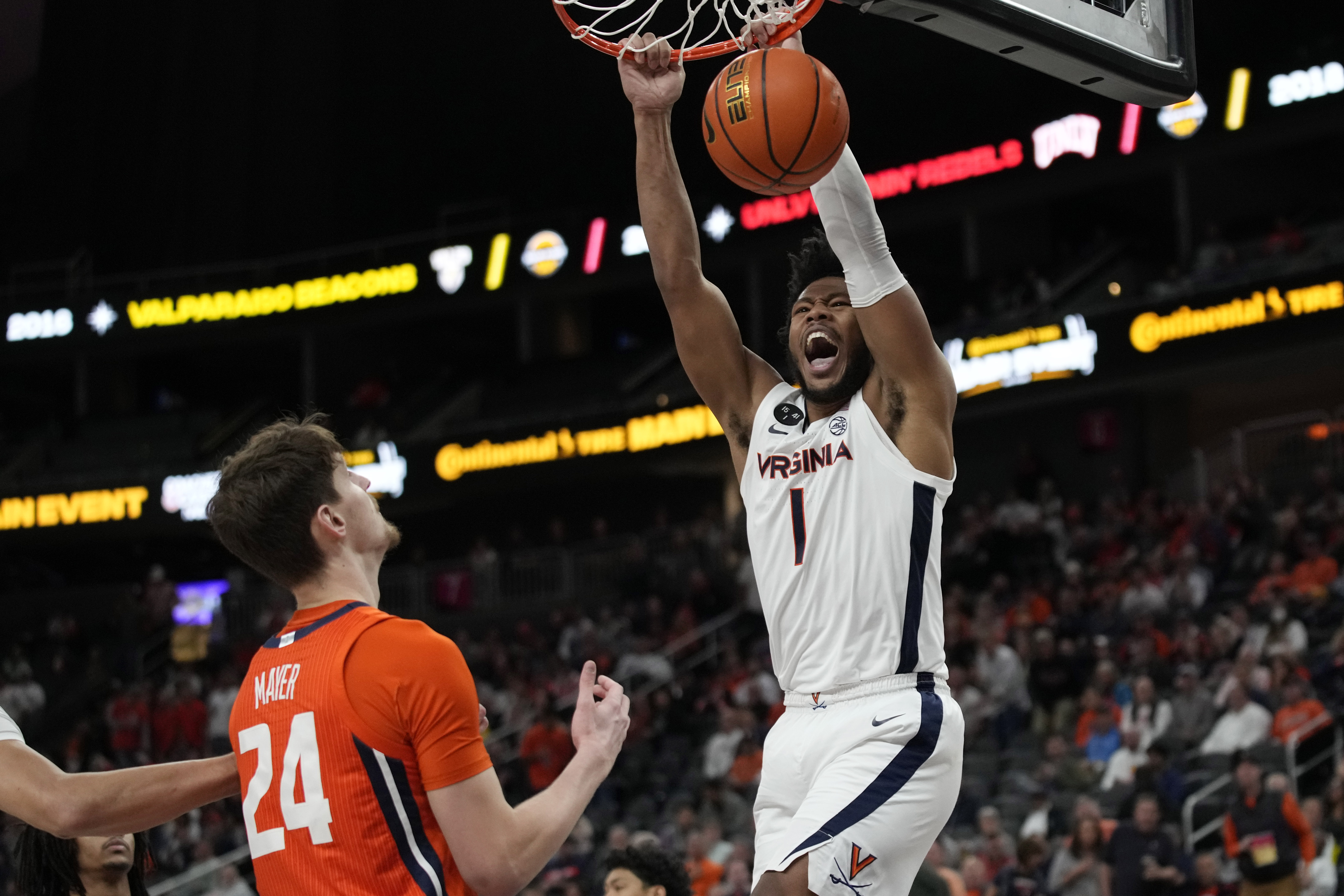 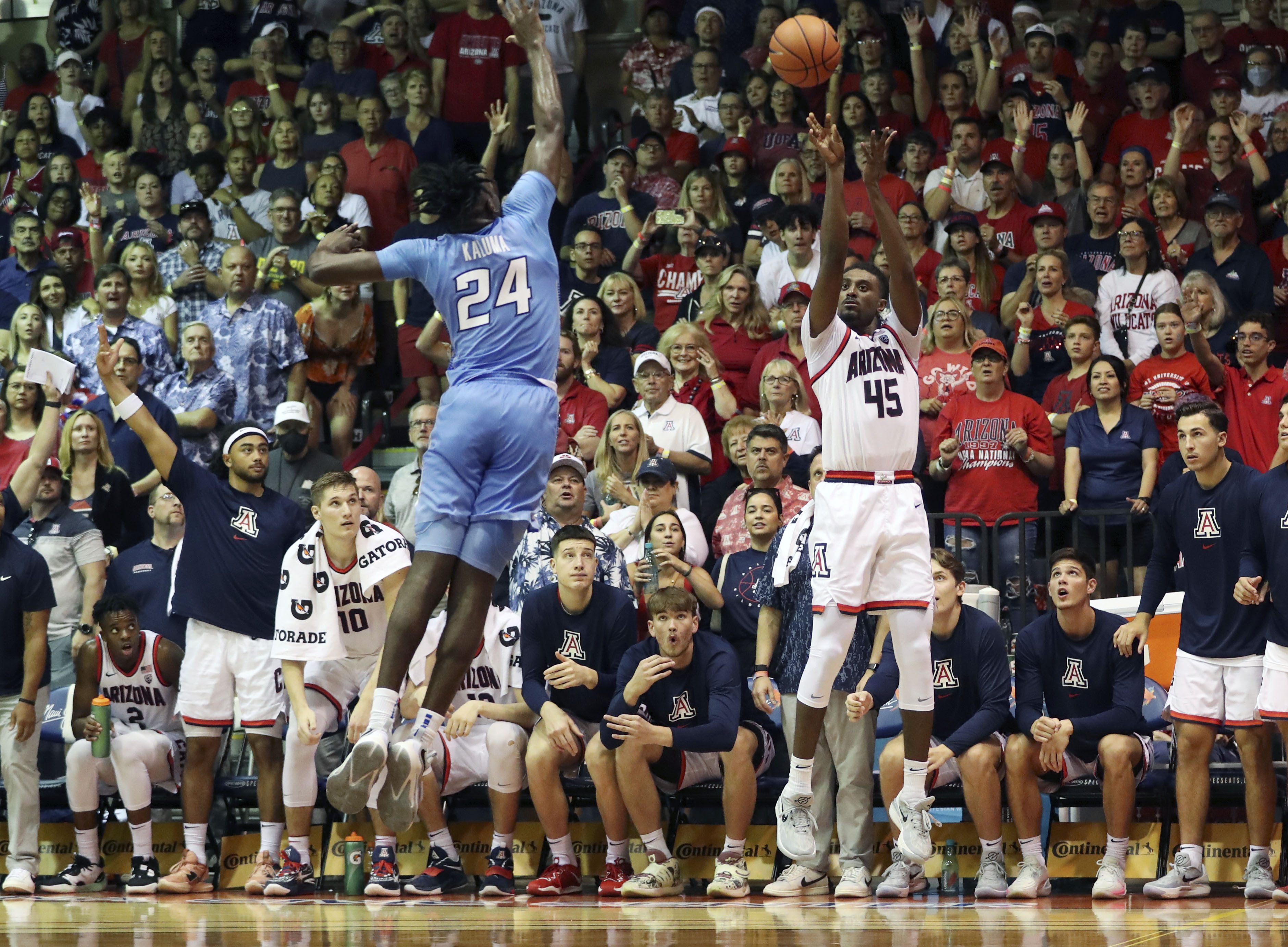 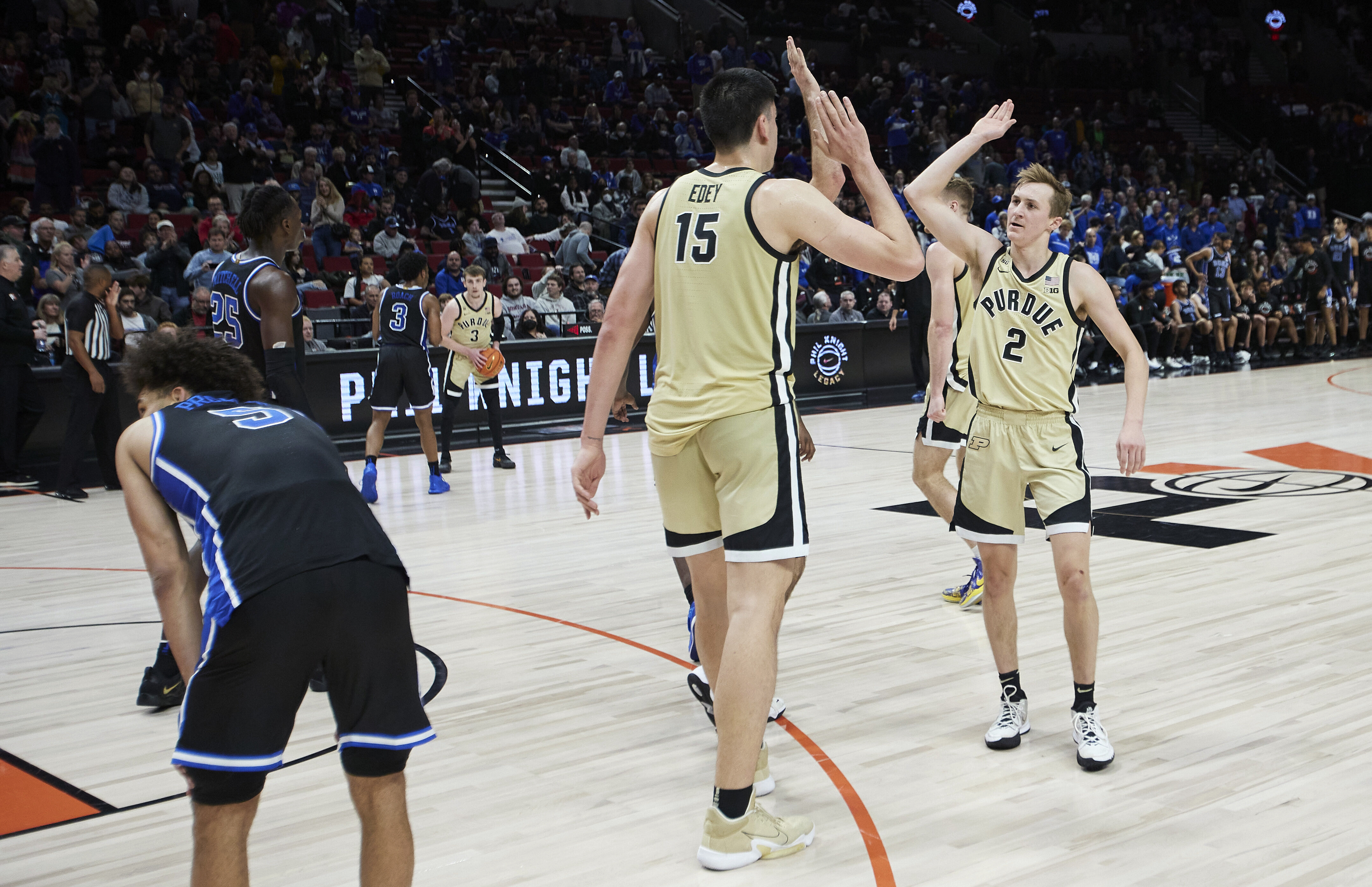 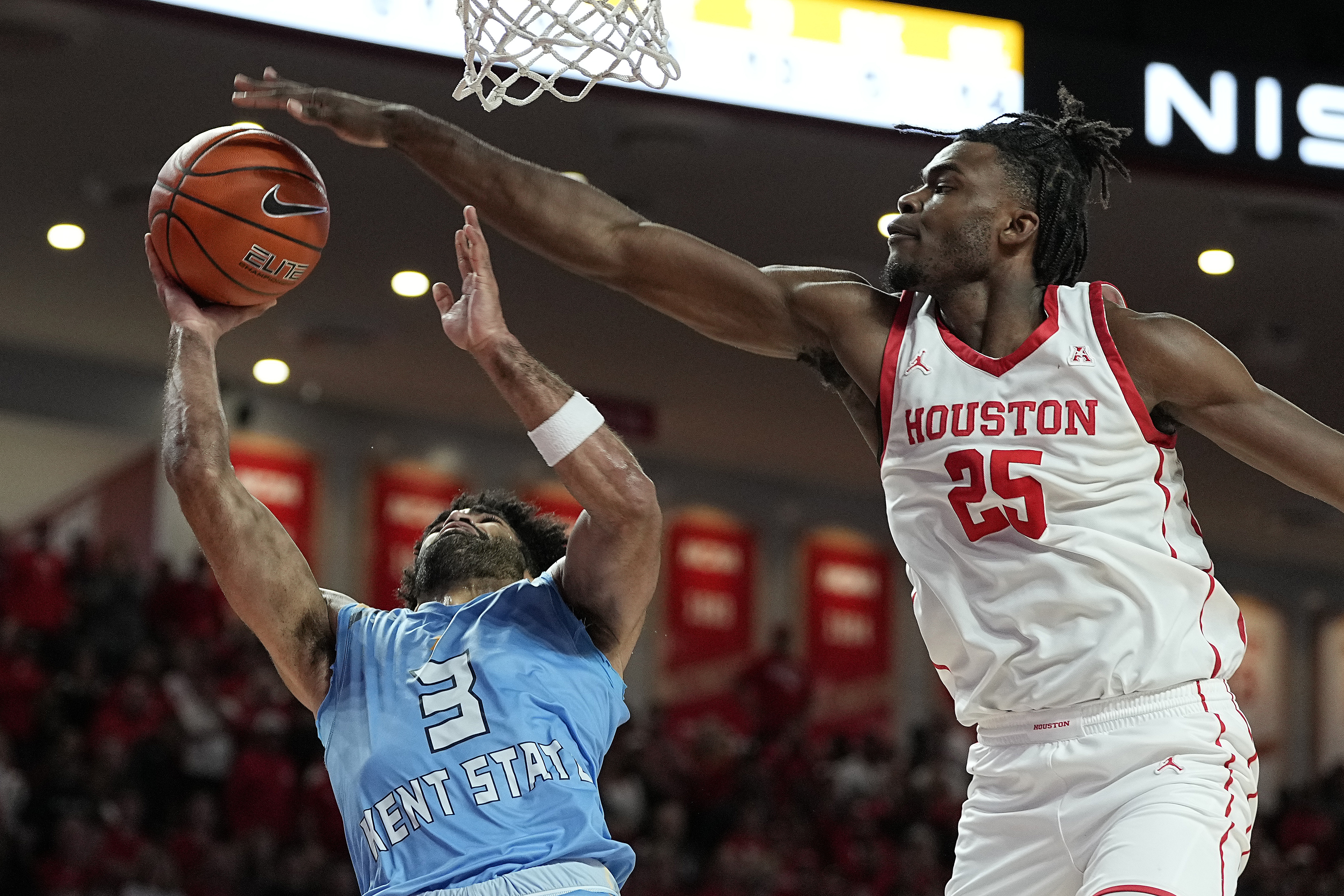