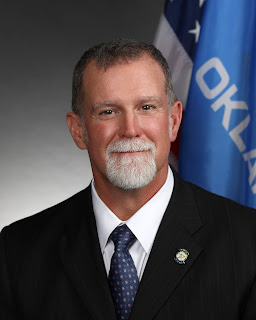 Hamilton filed Senate Joint Resolution 30 in the 2022 session, but it did not make it through the legislative process after being sent to the Senate Rules Committee. The measure is designed to give a voice back to rural Oklahomans and transform how state questions are passed.

Hamilton, R-McCurtain, says allowing state questions to pass by a simple majority disenfranchises rural Oklahoma and gives only the major cities a voice in hot-button topics that often appear on the ballot. His proposed solution would require state questions to be approved by a two-thirds majority vote of all Oklahoma counties to pass and be written into the state’s constitution.

“We have seen several notable disasters in Oklahoma, including the lottery, ‘medical’ marijuana and Medicaid expansion, all through our flawed methodology of state questions,” Hamilton said. “State questions allow legislators to dodge the tough issues and present a golden opportunity for voter fraud, election tampering and out-of-state influence. A simple majority effectively ensures that rural Oklahoma has no voice, while a two-thirds majority of approval of all counties would ensure a voice for all Oklahomans.”

Hamilton pointed to the previous state question passage of Medicaid expansion as an example. Only seven of Oklahoma’s 77 counties voted in favor the measure but it still passed and was allowed to become law. Under his proposal, 52 counties would have to approve the question for it to go into effect statewide.

“More often than not, state questions boil down to ‘urban’ versus ‘rural’ interests,” Hamilton said. “If the state question is truly for the betterment of the state, it should have overwhelming support – not just support from our large urban areas.”

If the resolution is passed in the upcoming session, it would then be placed on the ballot for Oklahoman voters to decide.

Lawmakers can begin filing legislation for the 2023 regular legislative session on Nov. 15.