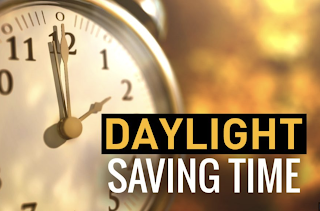 OKLAHOMA CITY – Sen. Blake Stephens, R-Tahlequah, continues to advocate for Daylight Saving Time (DST) to be the official year-round time in Oklahoma. Stephens has advocated for DST legislation since he was elected to the Senate in 2020.

The Sunshine Protection Act was unanimously passed by the U.S. Senate earlier this year and is awaiting consideration by the U.S. House of Representatives, followed by the president. If approved, DST would be able to become permanent across the nation, with many states already having legislation in place to be enacted upon the passage of the act.

“Our time ‘fell back’ this past weekend and the negative effects are already apparent,” Stephens said. “There is less time for farmers and ranchers to work in the daylight, less time for outdoor sporting events, school activities, business operations and a multitude of other things. We can have a safer, healthier and more productive state without the time change, and that is why I will continue to push for Oklahoma to do away with DST.”

The lawmaker said numerous studies have shown time changes are associated with negative health and mental health effects. Many imbalances are created within bodily systems during DST and the changes are also linked to decreased serotonin levels, increased anxiety and depression, higher blood pressure, and many other possible negative effects and conditions.

Stephens previously filed Senate Bill 843, but the measure did not advance. Stephens said he plans to refile his legislation ahead of the 2023 session, which convenes Feb. 6.