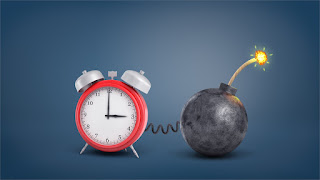 State licensure boards are an important, although often overlooked, component of job opportunity and economic growth. The boards control access to professions. If operated appropriately, they provide consumer protection while allowing the most qualified people possible to enter a profession, which increases competition and keeps prices down for consumers.

But there’s reason to worry Oklahoma’s licensure boards have inherent flaws that not only stymie healthy industry competition, but also could be found illegal. One legislator compared the state’s licensure system to “sitting on a time bomb.”

A new report issued by the Oklahoma Legislative Office of Fiscal Transparency (LOFT) reviewed several state entities that regulate licensure in—and access to—several professions, including the Board of Cosmetology and Barbering, Horse Racing Commission, Board of Medical Licensure and Regulation, Board of Nursing, and Board of Pharmacy.

LOFT reviewers found Oklahoma is one of only five states in the nation to operate its occupational licensing boards under a fully autonomous governance structure, and reviewers found “limited transparency and oversight with this model.” Equally worrisome, LOFT noted that Oklahoma’s licensing boards are often “composed primarily of members who are active practitioners within the industry being regulated,” which “presents well-documented concerns about the impartiality of the boards, particularly whether access and competition is being unnecessarily limited.”

In its North Carolina Board of Dental Examiners v. Federal Trade Commission ruling, the U.S. Supreme Court held that state-action antitrust immunity does not apply to a state board that restrains access to an occupation if a majority of the board’s decision-makers are active market participants and the state does not actively supervise the board.

LOFT noted that Oklahoma’s licensure-board system “does not have independent oversight by any single entity or individual.”

In other words, the state could be successfully sued for restraining industry competition.

Not all officeholders share that concern. Labor Commissioner Leslie Osborn dismissed calls to reform the system, saying, “I do feel like a lot of times we do look at outside studies and create answers to things that are not problems.”

But Osborn is wrong. There are times to be proactive. When courts have provided clear guidance, state officials should not wait until they have been successfully sued to respond.

It makes sense to have input from industry on boards related to an industry, but the system should also have safeguards to prevent self-interest from leading to abuses that reduce competition and inflate consumer costs.

Oklahoma needs to empower someone in state government—be it agency heads or the attorney general—with the power to overrule state licensure boards when abuse occurs. We can’t afford to simply avert our eyes and hope for the best.

Jonathan Small serves as president of the Oklahoma Council of Public Affairs.